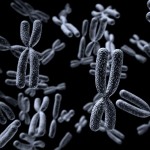 For too long, we have seen the environmental movement through a conflict lens: ‘This is a war. There is a battle to be fought for the planet, it’s us against them’ – and because so much is at stake, the intensity of the fight is often raised to extreme levels.

Over the 10+ years I have been working as a sustainability specialist, I have come to the conclusion that the answers we seek are not technological. They are personal, social and psychological, and if this is going to work, then these answers are going to have to be collaborative and connecting. It’s about changing the brief for ourselves as a species. We’ll all have our own preferred methods to use to get there, but we have to agree on the destination, so we need to focus on what we can agree on and start from there, instead of debating the detail and swirling around in a whirlpool of wasted energy and no results. What sort of future do we all want to be a part of?

I recently attended the International Living Future Institute’s UnConference in Seattle, which is the annual meeting of their membership. It was an incredibly energizing and inspiring three days of talks, of which probably the most familiar names to you will be two of the keynotes: David Suzuki and Paul Hawken. Both of these guys are heroes of mine; indeed, Hawken’s book, The Ecology of Commerce, was the catalyst for the transformation of my career from architect to sustainability advocate. Both of them exhorted the assembled to think differently, to act differently. To work for what we share; to stop fighting; to reconnect with the world and each other. It was kinda something to hear these two icons of environmentalism saying that it’s time to ‘come together’. I personally found it deeply inspiring and empowering.

Here’s a brief summary of their key points.

David Suzuki’s key message was about the way we think about our world. The key insight we need to achieve is that we are not separate from the world. When we all live in cities, we get to thinking we are separate and the economy becomes our highest priority, which is fundamentally incorrect. If you can change the rules of a system, then it’s not the governing system. The rules we cannot change are those of nature. It is ridiculous to design something that does not acknowledge these rules – designing structures assuming infinite spans, for example. In biology, it is the same. We have to work within the rules, and the rules are: we are animals; the biosphere is finite; and we rely on the biosphere to survive. If we agree on this as a starting point, then how do we design an economy that aligns with that reality? Borders mean nothing to water, or fire, or plants. ‘The market’ is a human construct, not a force of nature – which means we can make it bend to our demands. We need a new perspective. How do we change the way we see our place in the world? In closing, he said, ‘It’s not “too late”. We don’t know enough to say that it’s too late. We must have hope. Back off and give Nature a chance, and she can be far more forgiving than we deserve. But we gotta back off fast, and let the regenerative potential of nature do its work.’

Paul Hawken’s message was similar, beginning with the statement that ‘working towards the future changes the present’. He described our current condition as ‘catastrophising the future’, which is a cultural narrative that is not helpful. Most people are numbed by it. For most people, it is easier to imagine the end of the world than the end of capitalism. Clearly, we need to change the discussion, so how do we do that? Start from absolute first principles: This is about supporting Life, and Life creates the conditions that are conducive to Life. We need no other mantra, no other rule. If we operate according to the principles of Life, the key realisation is that no one is ‘in charge’. No political party, no corporation – which means that you can’t wait for anyone else to take care of it. We each need to work. It is also absolutely true that Life’s primary method of getting things done is collaboration. Our bodies are communities of 90% non-human cells that all work together. So the first thing we need to do? Stop fighting. Realise that we are all part of the solution. Work together to shine a light on what is wrong – without blame – and do something about it. So the next time someone wants to debate with you about: ‘Is there such a thing as climate change?’, move the conversation to: ‘Do you accept that there are limits to the system upon which we rely for Life?’ It’s a different conversation from that starting point. ‘We can’t solve our problems with the same thinking that created them’.

Confrontational, adversarial thinking is the thing that is messing up progress for just about every important thing in the world at the moment. If we make sustainability a political discussion, or a ‘sided’ discussion (which unfortunately, we already have), we’re toast. This is not a debate, it’s a design discussion. Discuss.

The LFIA acknowledges the Traditional Custodians of the country where we live, learn, and work, and recognise their continuing connection to land, waters, and culture. We pay our respects to them and to their Elders past, present and emerging.