There are times when you hear about real people taking small steady steps toward achieving their goals and making changes. You listen with a sense of satisfaction, the changes might not be huge but at least they’re happening. This is how most change comes about, “green” or not.

Then there are times when this slowness of pace gets to you a little… You begin to hanker for some mountainous shift in the ways things work, some outrageous plan or project or people just getting on with things – regardless of apparent restrictions. For me, these are the moments that make all the small steps and the consistent effort worthwhile. And it doesn’t have to be something I’m personally involved in, I’ll accept inspiration from anywhere!

This is where the latest Adelaide Forum from the Living Future Institute of Australia (LFIA) comes into the story.

This May, a broad host of people from around Adelaide (and beyond) gathered to listen and take part in LFIA’s Forum on “Building Nutrition”. The Forum was hosted at the visually stunning Office for Design & Architecture SA (ODASA) on Leigh Street in the city – a perfect space for clear long-sighted thinking.

Our first speaker was Darren Bilsborough, who spoke about Biophilic design and cities. He started us off gently by re-affirming the idea of Biophilia being all about “a love of living things”, before he segued into his slightly surprising mantra,

“The more we try to connect the dots to economic arguments – the better off we will be.”

In our first round of discussion tables, a couple of people seemed a little disappointed in Darren’s insistence that his main successes have stemmed from showing people and companies that “going green” can be beneficial not only for the earth, but for their bottom line too. He said he had tried to encourage change for purely environmental reasons, but it really didn’t seem to have much of an effect.

I rather admired the way he took an honest stand to tell us what has worked for him to encourage change in others. I agree that the financial side of things does need to be taken into consideration, and this can at times actually spur people and companies on to making more comprehensive shifts in the way they operate.

Our second speaker was Dr Keri Chiveralls, a Senior Lecturer of Permaculture at CQUniversity. She described the slow and winding process of setting up ‘The Garden of Earthly Delights’ in the Southern Parklands of Adelaide. This garden has funding and support, however they are still waiting to grow the communal groundswell of people to take emotional ownership of the project. Dr Keri emphasised the necessity of observation, reflection and critical evaluation of ideas and project plans to soften top-down imposed design and allow a more place-based, adaptive design in its stead.

The LFIA Forum was nicely designed to allow for two speakers, then a break and time for round-table discussions. Each table had the name of one or two of the seven ‘Petals’ which make up the design flower of the Living Building Challenge: Place, Beauty, Water, Energy, Equity, Materials and Health & Happiness. It was refreshing to have so many different perspectives present at each table.

I’m from an environmental science background so I don’t often get to speak with Architects, Designers, Policy Planners and even an Accountant, who were all present at my table. We scribbled ideas down on butchers’ paper and drew links between those we thought could work well together.

Our next two speakers, Deborah Davidson and Sally Modystach spoke about promoting Health & Well-being in our buildings and cities. Sally pointed out that mental health is currently number 4 on the Australian list of National Health Priorities, and that she strongly believes we are moving towards wellness promotion with our buildings. Deborah asked us whether to consider, is ‘wellness’ the new ‘sustainability’? She also mentioned the WELL building standard for designing buildings to actively promote human health and wellness. One light based example which sounded so simple yet so clever, was lighting solutions which mimic circadian rhythms. Brilliant!

Stephen Choi the Director of the Living Future Institute Australia was our final Forum speaker of the day. For me, this was where the Forum shifted from being a wonderfully informative and collaborative event to become quite frankly, something inspiring.

Stephen described the Living Building Challenge to us – as moving beyond mere sustainability towards buildings which actually have positive regenerative impacts on their site and the land around them. This sounded exciting enough even before we heard that there are currently only 12 buildings in the world which meet this criteria. He then went on to tell us how Frasers Property are taking on the challenge of re-creating the Burwood Brickworks site in Melbourne into the first ever “Living Retail” development in the world.

One of Stephen’s slides had the words,

“Be bold and take responsibility”

Now I’m a scientist who enjoys taking a serious interest in data, and the nitty gritty facts of projects. And Stephen spoke so matter-of-factly about the project that it took some time for the realisation of how seriously cool this building is going to be, to sink in. But once it did, and I heard how confidently Frasers Property and everyone else involved were prepared to take honest responsibility for making it work, it just set my mind on fire. And if you can capture someone’s imagination and awe like this – they will wholeheartedly move mountains to be part of what you are doing.

I was reminded of Ray Anderson, the Founder and Chairman of Interface – a carpet manufacturing company in the U.S. He was one of the very first to not only accept the need for sustainability and taking care of the earth, but to also demand greatness of his company in changing the way they operated. It was Ray who said,

“You unleash the creativity of a company when you hold up a vision that is so outrageous that it takes their breath away.”

It’s true that this project requires no less hard work or attention to detail than other, more typical projects. In fact, it sounds as though it requires high levels of problem solving creativity and even additional funds to build. Yet because it’s the type of project to really spark peoples’ interest it doesn’t actually sound like work. Instead it sounds like an exciting challenge for everyone involved.

I thoroughly enjoyed taking part in the LFIA Adelaide Forum. It made my day, it introduced me to multiple new people from different sectors, and provided me with a window into the world of “wellness” consideration and semi-green to super-green buildings. But it also provided me with a much needed dose of raw inspiration which will get me through my next period of small steady steps towards achieving my goals and making changes. 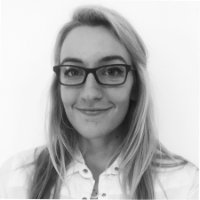 You can view her Edible Gardens Project at: http://www.discoverycircle.org.au/projects/edible-gardens/

And her science communication blog at: https://urbanagscientist.com/

More photo’s from the event can be found on the Living Future Institute of Australia’s facebook page, along with presentations on vimeo.
For the latest news on all things Living Future Institute of Australia, follow us on linkedin, twitter, facebook, and sign up to our mailing list.
The Adelaide Forum was held in partnership with the Adelaide Sustainable Building Network, and was supported by the City of Adelaide and CitySwitch.